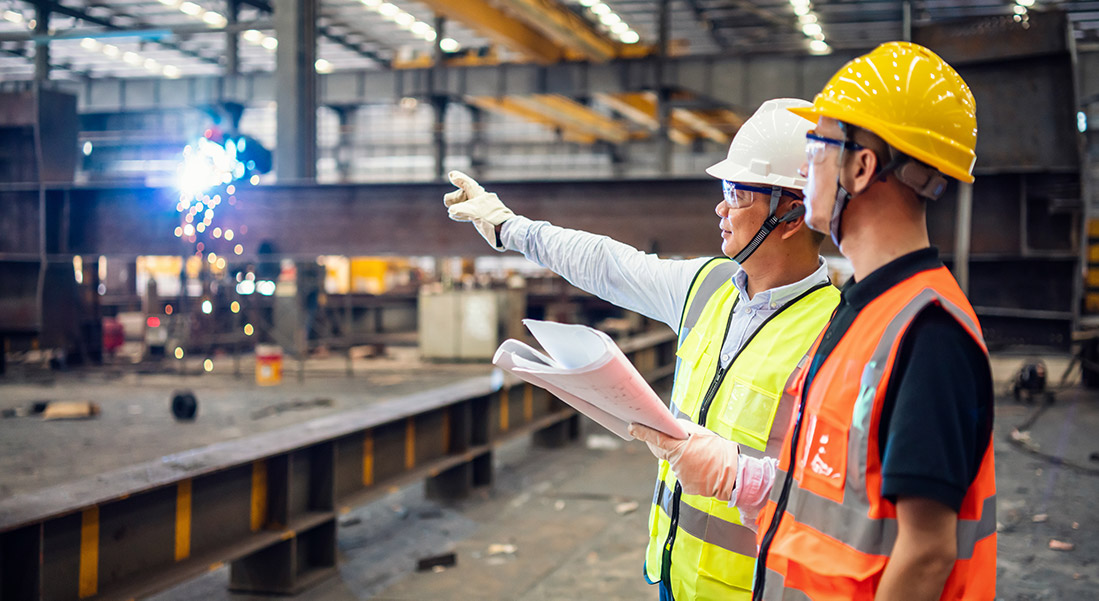 With regard to steel production, China is aiming at a stronger economic recovery.

Behind the boom in Chinese steel production from March onwards – and the hope of a rapid economic recovery – lies the story of two divergent sectors, on the one hand the demand for the construction of infrastructure projects was very strong, while industrial production was slower to recover.

This underlines the challenge politicians face, as Beijing and local governments can control the pace of spending on projects such as roads, railways and reservoirs, but have extremely limited options to support exports or domestic demand for machinery and appliances.

The weak backbone of Chinese steel recovery after the coronavirus outbreak is about to get a big relief from a seasonal slump in worksites, analysts say, and points to a more protracted recovery for the world’s second-largest economy from the past pandemic.

Steel industry at a critical stage.

The gigantic steel industry has long been a central pillar of the Chinese economy, employing hundreds of thousands of workers who produce vital raw materials for the industry and support dozens of ancillary logistics and processing activities. The economy shrank by 6.8% in the first quarter, the first contraction in decades, hit by the new coronavirus that emerged in China late last year.

The increase in steel production to historic peaks in May raised hopes that the heart of the economic engine is recovering well and could help revive growth at home and globally. However, in the recent sector-wide turmoil, reliance has been placed on metal demand from worksites, which has partially disguised manufacturer weakness and challenges the strength of the steel boom and how quickly China can restore growth.

Demand for the main steel products used in construction – rebar and rods – has accounted for more than 53% of total steel demand on average since the end of March, according to calculations based on data from data tracking company Mysteel. 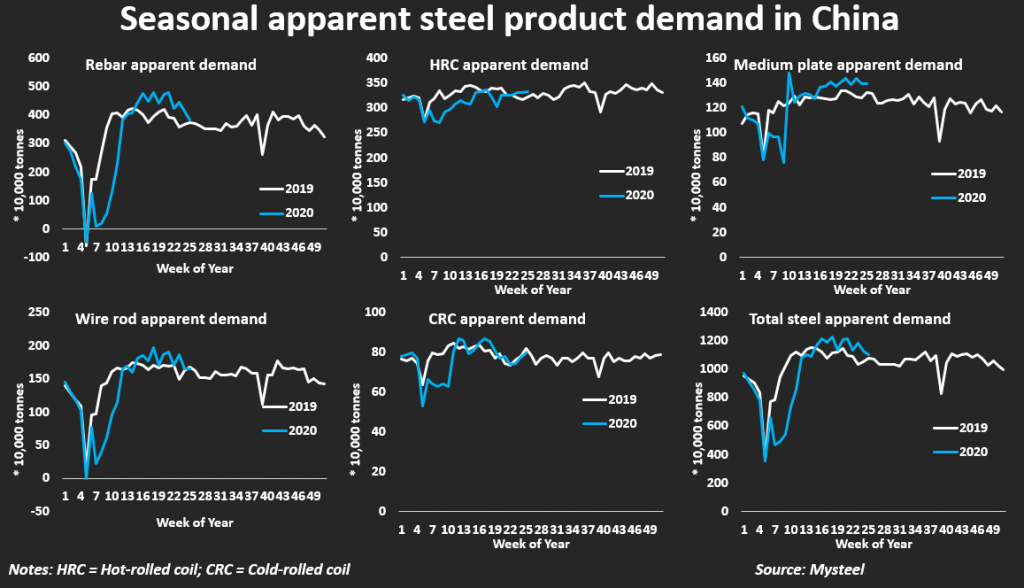 At the same time, demand for the main steel products used by manufacturers – hot-rolled coil (HRC) and cold-rolled coil (CRC) – was well below normal, averaging 35% of total demand since the end of March compared to 40.4% on average in 2019. 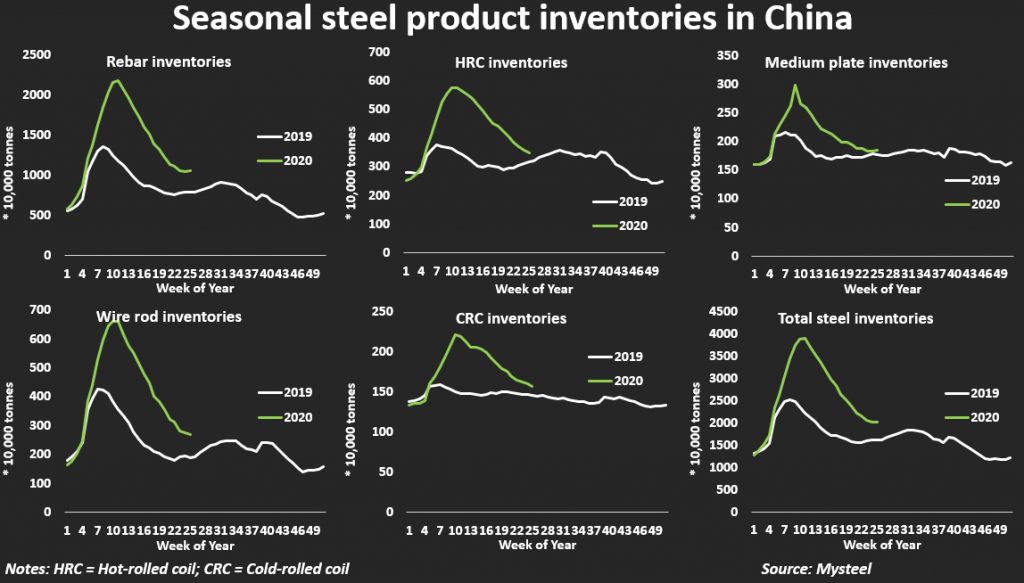 Given the extent of the bottlenecks in many of China’s trading partners, the industry’s sluggish demand is not too surprising and could persist for many more months.

However, the surge in overall steel production – driven by a 59% increase in rebar and a 40% increase in rod production since mid-March – suggests that the sector is in danger of oversupplying the market just as demand is expected to stall from flooded worksites, especially in the south. 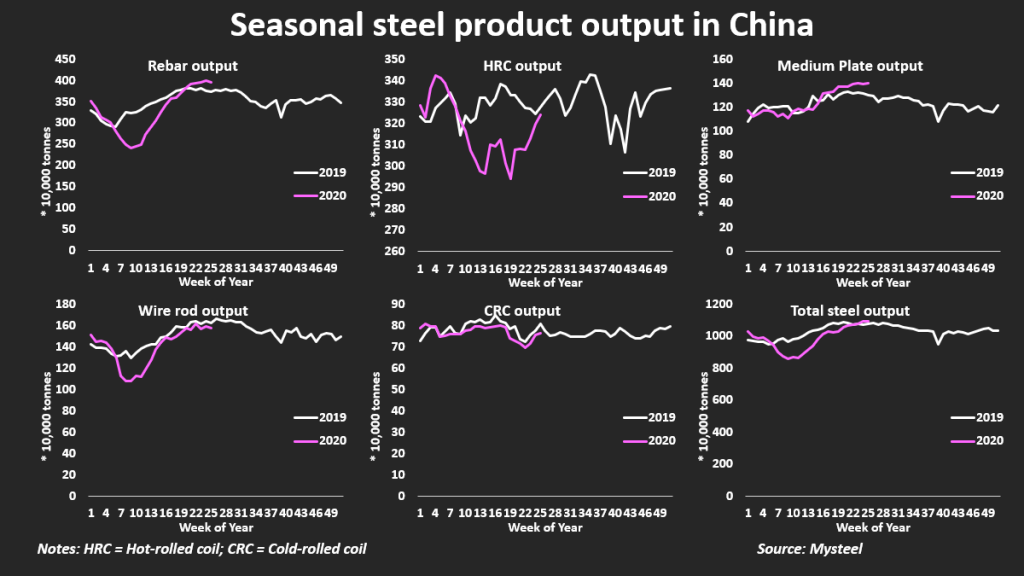 The monsoon season, which runs through August, arrived 10 days earlier than normal in southern China this year, causing widespread flooding that forced some worksites to stop.