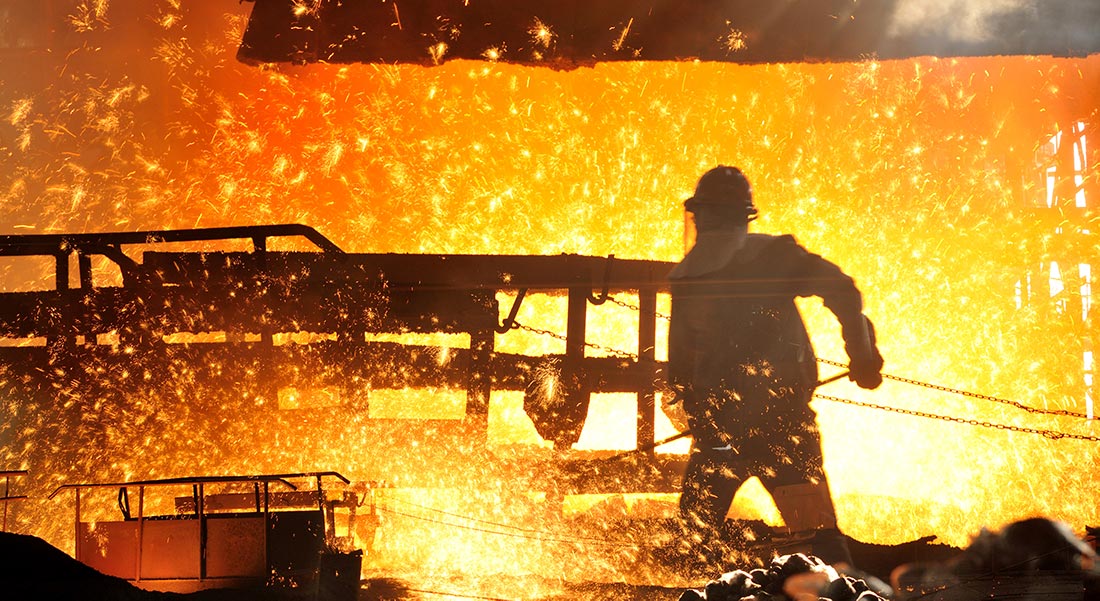 Record steel production in China in May due to growing demand.

Chinese crude steel production reached a new record in May due to increased demand in the construction and manufacturing sectors as the country continues its gradual recovery from the fallout caused by the coronavirus pandemic.

China on the way to recovery after virus-related collapse.

However, life in China, which came out of the standoff ahead of other countries, is gradually approaching normal. The world’s second largest economy is slowly recovering from the coronavirus-induced collapse.

China’s manufacturing sector, which has suffered under the effects of the China-US tariff war for much of 2019, has suffered another shock amid the pandemic. Manufacturing activities in the country declined in the first quarter of 2020, affected by shutdowns imposed by Chinese authorities to stem the spread of the virus.

However, manufacturing activities increased in April and May following a rebound in domestic demand. The official manufacturing purchasing managers’ index (PMI) peaked at 50.6 in May. A reading above 50 indicates expansion of activity. China’s industrial production also grew 4.4% year-on-year in May, the strongest pace since December 2019, with manufacturing growing 5.2%.

Commercial activities in the construction sector also picked up in May. In addition, car sales in China rose for the first time in almost a year in the same month as government incentive measures boosted consumer demand, signalling a rebound in the world’s largest car market since the coronavirus crisis.

Government incentive measures are likely to continue to dampen the Chinese economy going forward. Beijing is trying to boost the economy with large expenditures on infrastructure and is also adopting measures to increase domestic consumption.

Last month, some $500 billion was injected into the system focusing on tax cuts, infrastructure projects and job creation to get the economy back on track. However, the way to recovery could be bumpy, given the potential for a “second wave” of infections and low demand from abroad.

Coronavirus devastated domestic demand for steel, where the pandemic broke out. Nevertheless, a recovery in construction and production activities is driving demand for steel, the world’s largest consumer of the raw material.

China’s crude steel production is expected to continue to rise as business activities in the country gradually recover. Steel mills in the country are likely to further increase production by recovering profit margins and optimism that the government’s incentive measures will increase domestic demand for steel.

The World Steel Association (“WSA”), the international trade body for the steel industry, recently stated that it expects demand for steel in China to increase by 1% in 2020. All major steel-consuming sectors in China returned to near full productivity by the end of April. The WSA expects steel demand in China to be driven in the second half of 2020 by the construction sector, which has already reached full productivity.

Meanwhile, steel stocks have been gaining ground recently partly due to the recovery in demand in China. Stocks of major steel manufacturers such as ArcelorMittal MT, United States Steel Corp. X, Nucor Corporation NUE and Steel Dynamics, Inc. STLD have spiked 36%, 71%, 35% and 53%, respectively, over the past three months .

Steel stocks are worth a look.

A couple of stocks currently worth considering in the steel sector are Ternium S.A. TX and Companhia Siderurgica Nacional SID, both with a Zacks Rank # 2 (Buy). You can see the full list of today’s Zacks stock no. 1 (strong buy) here.

Ternium beat the Zacks Consensus Estimate for earnings in three of the final four quarters, averaging 83.7%. Furthermore, the company has an expected long-term profit growth rate of 3.4%. In the last three months the stock has risen by about 44%.

Companhia Siderurgica beat the Zacks Consensus Estimate for earnings in three of the final four quarters. The consensus profit estimate for the current year has been revised upwards to 25.7% over the past 30 days. In the last three months the stock has risen by about 35%.

Experts have drawn 7 stocks from the list of 220 strong purchases of rank n. 1 that have beaten the market more than twice to an incredible average gain of +24.1% per year.

These 7 were selected for their superior immediate breakout potential.