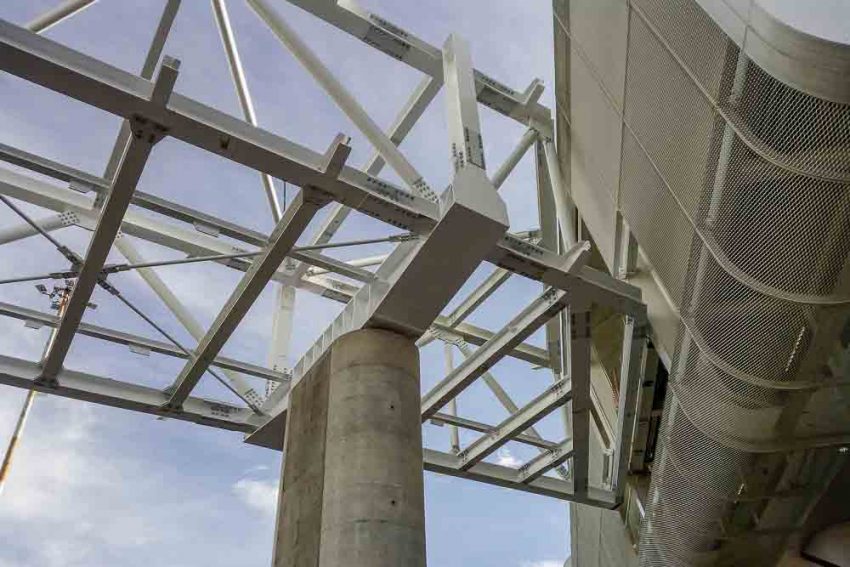 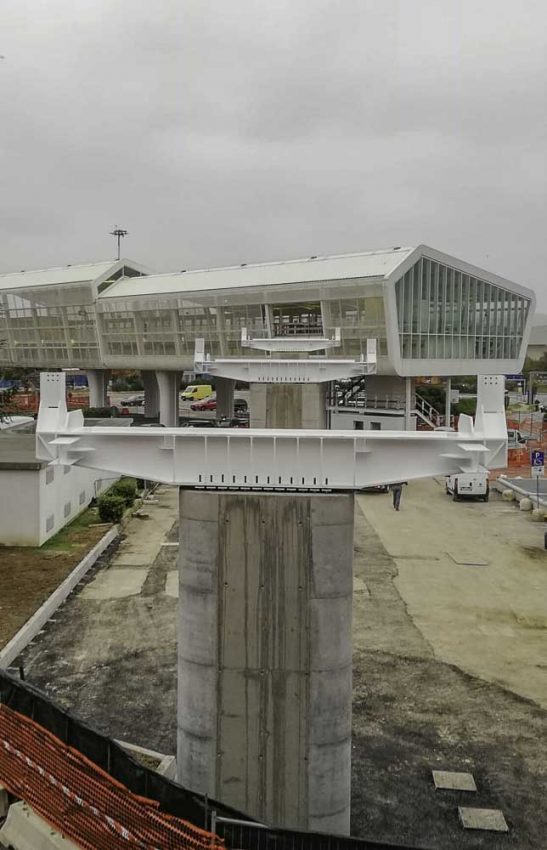 The installation of the structural part of People Mover Bologna pedestrian walkway at Guglielmo Marconi airport, commissioned by FEA srl, is nearing completion.
The structure connects the airport terminal to the People Mover station and is a reticular structure formed by 2 central trunks supported on concrete piers and 2 cantilevered parts for embarking/disembarking at the stations.
More than 100,000 kg of steel, 70 m in length, 8,600 structural bolts, a useful passage width of 5 m with a 5% inclination to join the 2 stations located at different heights, are the numbers of this colossus.

SteelMedia was involved in the order for the detailed design and structural steelwork.
A journey that began in August 2018 and developed over the months encountering many difficulties from a technical, logistical and time perspective. Among other things, this led us to achieve the strictest existing EN 1090 certification in EXC4, as prescribed for this work.
It was an arduous task, but the satisfaction of seeing it grow bolt by bolt and rest on the concrete piles, perfectly centred in the anchor bolts, certainly made up for the many sleepless nights caused by the thousands of doubts and second thoughts, the natural consequence of having to do several things at once and in the shortest possible time.

The winning formula, which has always set us apart, is:

All this is topped off with a good dose of experience, passion, dedication and above all good teamwork. 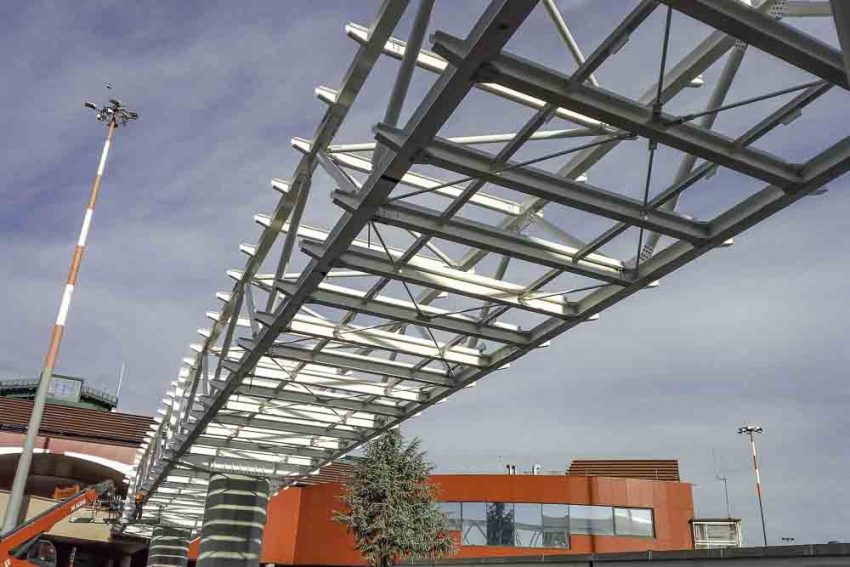 And as Primo Levi wrote (translated quote) people mover bologna 1″…and then you look at it and think that maybe it will live longer than you, and maybe it will help someone you don’t know and who doesn’t know you.
Maybe you can go back and look at it as an old man, and it looks beautiful, and it doesn’t matter so much if it looks beautiful only to you, and you can tell yourself
<Perhaps someone else would not have succeeded>.