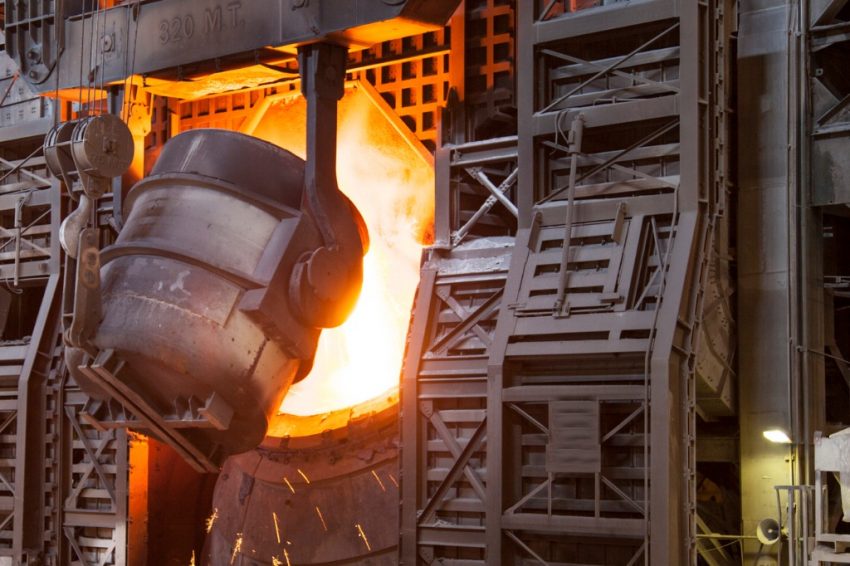 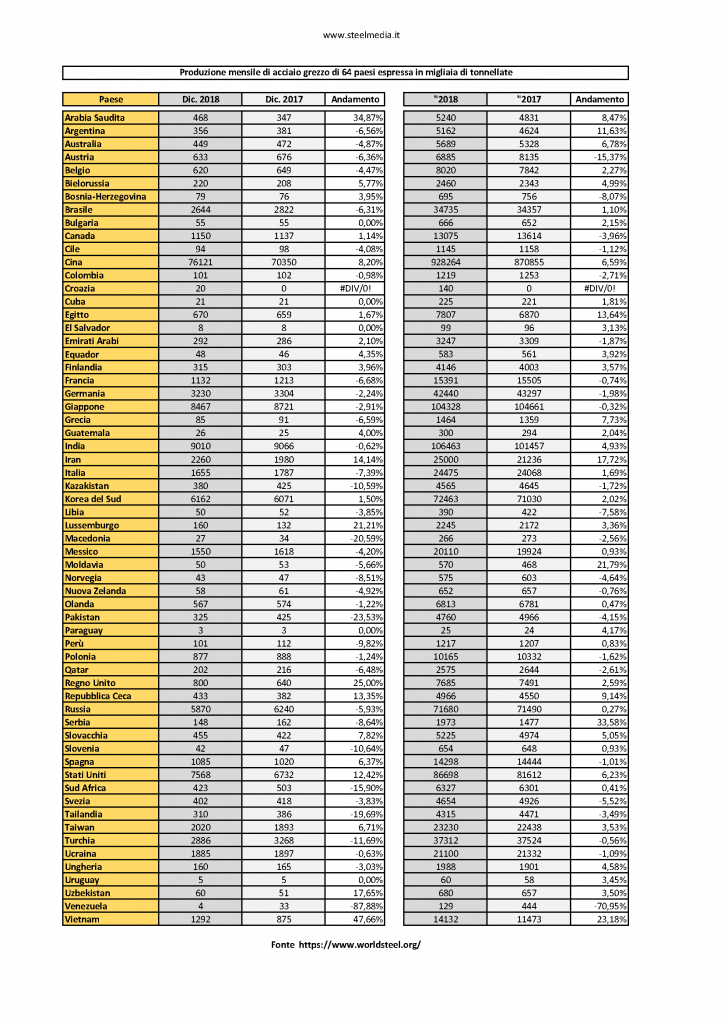 Global steel production ended 2018 with a significant growth of 4.6% and a volume of 1,808 billion tonnes on an annual basis, but if we consider December alone, the worldwide increase was 5.8%.

Basically, we have dropped out of the top 10 steel manufacturers worldwide, reaching 11th place on an annual basis and 13th place in December alone.
Iran, on the other hand, entered the “Top Ten”, with growth of almost 18% on an annual basis to reach 25 million tonnes of steel produced.

The “Big” of world production.

Steel production was disappointing for the United States, which certainly recorded a good increase (+6.2%) but perhaps not proportionate to the “war on tariffs” imposed by Donald Trump, with a volume of 86.698 million tonnes and a solid fourth position.